The meeting was held in Sutton Benger Village Hall and was attended by 38 members of the Parish of Sutton Benger.

The meeting progressed through the following Agenda:

During various parts of the meeting, the following issues were discussed:

A copy of the draft vision and objectives was circulated. These were the views of the Core Group based on the comments made at the September meeting, particularly from the SWOT analysis. The Vision and Objectives are a key legal component of the NDP process. As such what has been drafted and put to this meeting needs to be reviewed, with modifications suggested, by as many people in the Parish. To this end the draft version is here with a deadline for comment of 31 January 2016.

A document was circulated with some draft ideas of different sub-groups, together with some possible areas of research put in the form of questions that might need to be addressed. The groups were:

Everyone was invited to review and comment on the groups and the questions. What follows are the points raised by those present with responses shown afterwards, in red.

Noted, the Core Group agreed that Recreation Groups will be consulted.

Elderly & retired to be considered

Noted, the Core Group agreed that the Elderly & Retired Members of the Parish will be consulted.

Noted, the Core Group agreed that this issue would be considered whilst looking at transport issues throughout the Parish.

Noted, the Core Group agreed that this issue will be considered whilst looking at Businesses & Employment Opportunities within the Parish.

Noted, this is an issue for the Highways Group to consider.

Yes, the Core Group are in regular contact with Wiltshire Council and have a nominated Link Officer who is keeping in close contact and has met with the Core Group.

Yes, all matters that are considered within the NDP must have a ‘baseline’ or ‘starting- point’.

Noted & evidence will be gathered from all areas possible.

Yes, that is why the Core Group are enlisting the help of volunteers and are also casting the net as widely as possible. There are approximately 1,000 residents across the Parish as well as many businesses and landowners. The Core Group would like to see all involved within the NDP process, if at all possible.

Hugh Bellars re-explained the process through to formal adoption by Wiltshire Council. Also refer to: http://bigplan.suttonbengerparishcouncil.gov.uk/faqs/

Yes, the Core Team has been informed that potential developers do take note that the NDP is underway.

The NDP must take cognisence of the Wiltshire Core Strategy and effectively work in harmony with that. The NDP may however influence the type, tenure, size and location of houses that will be provided.

Noted, this needs to be investigated, possibly by the Infrastructure Group.

Noted, the Core Group takes the issue of data-security very seriously and has registered with the Information Commissioner’s Office (ICO).   Individual email addresses will be controlled and subject to our registration under the Data Protection Act. No-one receiving emails should be able to see the addresses of others in the Parish. But the NDP does need a master list.

It is acknowledged that e-mail systems cannot be guaranteed to be secure but every possible measure is being taken to ensure the NDP systems are as secure as possible.

21.  There will be an NDP Postbox and information folder kept in the Post Office

Noted and there is a volunteer on hand who is helping with this issue.

Noted, the Core Team will cast their net as wide as possible to seek information from all residents, businesses and others within the Parish.

Volunteers were sought to commence the formation of the Sub-Groups (listed above).

A number of volunteers had made themselves known prior to the meeting with more coming forward during discussions. Given the number of previous volunteers, more folk are required to participate in the sub-groups and will be welcomed into the NDP process.

The Core Team closed the meeting by stating that the Volunteers will be contacted during January 2016 when it is intended to commence work on much of the data gathering that is required.

On September 30th 2015, over 70 people, representing all parts of the Parish, attended a consultation meeting in the Village Hall. The purpose of 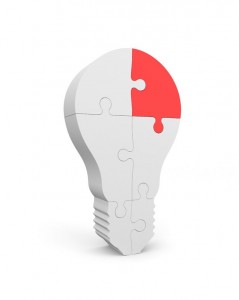 the meeting was to carry out a ‘SWOT’ analysis of the Parish.

This meant capturing – verbatim – what people see as the STRENGTHS, WEAKNESSES, OPPORTUNITIES & THREATS (or DANGERS) of life in Sutton Benger and Draycot. The results of this analysis will help to shape the scope of the NDP.

To find out what your fellow parishioners value, care about, worry about and what they see as the BIG opportunities for our Parish take a read of the PDFs below.

We are now in a position to report on the findings gathered during the Public Open Meeting that was held on the 30th September 2015.

We are therefore hosting a further meeting in the Sutton Benger Village Hall at 8pm on Monday 23rd November. The meeting will last for no longer than ninety minutes and will include Agenda Items such as:

We have had an amazingly positive response so far and hope that this continues until the NDP is finalised.

We look forward to meeting with all who are able to attend on the 23rd November.

What is the Wiltshire Core Strategy? Why is it so important? Big questions deserve helpful answers.

Which is why we have created this simple overview for you. And, because our NDP document must align with the Wiltshire Core Strategy, it’s important we all know what it is.

The Wiltshire Core Strategy is the most important part of the Local Development Framework (LDF), a suite of planning policy documents that will eventually replace the four local plans covering Wiltshire.

The key objectives of the spatial vision has been derived from an analysis of the county’s characteristics, a review of the council’s own corporate plans and priorities, and national planning guidance. At its heart is the delivery of viable and vibrant communities based on the principle of sustainability.

The core strategy outlines a sustainable spatial strategy for future development in the county and includes:

The Adoption Statement, Adopted Wiltshire Core Strategy and associated background documents are available to download below:

We’re working hard to find ways to keep you up to speed with the NDP’s progress.

A range of new ‘channels’ of communication have been launched and we’re pleased to report that they’re already being widely used by both residents and businesses.

We’re looking forward to hearing from you…

The meeting – which was the first major public engagement of its kind in the Parish – was to explain the purpose and process of a Neighbourhood Development Plan (NDP). The Parish of Sutton Benger has recently embarked on the process of writing an NDP and a key element of the ‘journey’ is engagement and consultation with all parts of the community.

Listening to the Parish

The most important aspect of last week’s meeting was attendees’ participation in a ‘SWOT’ analysis. Groups were invited to identify the present Strengths or Weaknesses within the Parish. Then, looking to the future the groups identified potential Opportunities and Threats. Each group spent about 10 minutes on each theme, and were asked to contribute their views and thoughts on Post-it notes. Over 200 views were gathered in a very short space of time.

The next stage in the process is to analyse this information and use it to create a vision statement for the Parish of Sutton Benger.

Attendees were also asked to complete a form stating how they prefer to be kept informed on NDP progress. The overwhelming majority of those present also signed up to work on the plan and identified – from a list of 22 ‘skills areas’ – what support and expertise they are able to offer.

Commenting on the success of the evening, Baz Worth, Chair of the NDP Steering Group said: “I am delighted that so many people – from all parts of the Parish – were able to attend and participate. Writing an NDP will take us 2-3 years and it is essential that we engage with the whole community throughout the process. This was a very important first step along that journey.”

The next stage is a detailed analysis of all the contributions to the SWOT process. All in Sutton Benger and Draycot will be regularly informed of progress on the community led project. The next major meeting is scheduled for some time in November. In the meantime here is how to keep in contact: